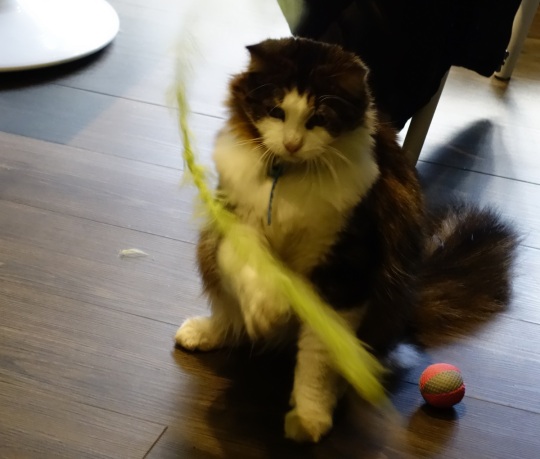 I “was” a cat as a four-year-old. I made my own little bed where the cats slept, replied to questions with obnoxious cat noises, and pretended to eat cat food when people were looking. Fast-forward 23 years, and thankfully I’ve grown out of that. But many people, like me, have a special relationship with cats. Luckily for us, there are cat cafés – a Taiwanese invention, which is big in Japan (obviously). The basic idea is that you go to a café with some resident cats, have something to eat or drink, and play with the cats. 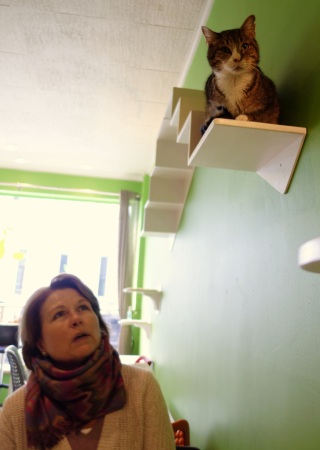 Le Chat Touille is Brussels’ first cat café, with friendly cats from a local shelter. It has been covered by all kinds of media, including Swedish television. The shelter cats at Le Chat Touille want attention and cuddles, and can find a new owner at the café (they are available for adoption). The place is rather special, as you would expect from a cat café. It is very clean and nice, but small and popular which means it gets easily crammed. Consequently, there is some competition for the cats’ affection. As for the cats, they are very playful, and enjoy eating off customers’ plates. The owner is a little nervous about the cats’ behaviour, which is a shame, as “cat people” don’t tend to mind cats walking all over them. And I guess you don’t find many dog persons here.

The tea and cake served were according to my friend Agneta very good, and not terribly expensive. You may have to wait a little, since there is only one person serving. But this is a a good time to play with the cats. We did not sample the food, but it smelled nice. 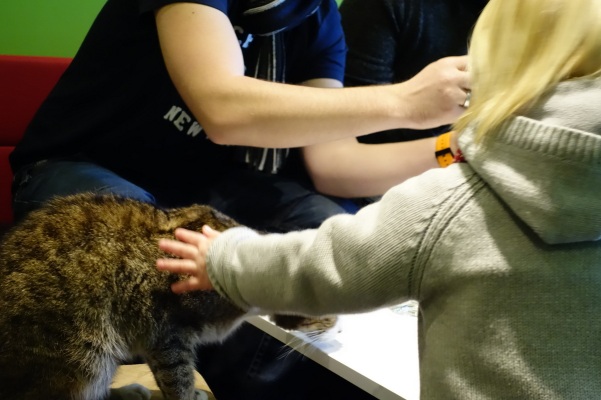 Le Chat Touille is an interesting place to say the least, and worth visiting if just for the novelty value of having tea with cats and their fans. I would suggest going after work, or arriving early on the weekends, as it fills up quickly. Enjoy your cat moment. 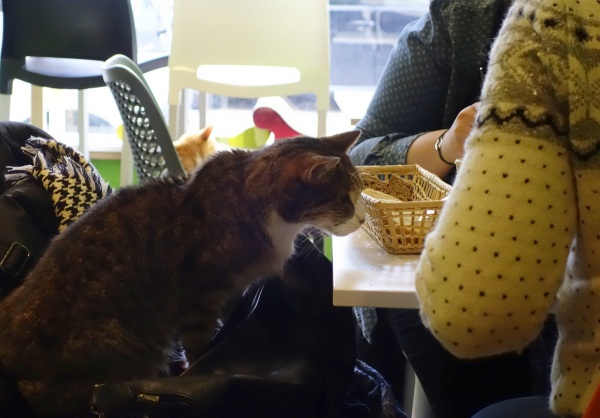